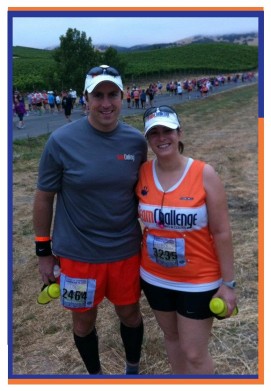 On March 21, 2011, I almost died. That was the day an x-ray revealed that a severe form of ulcerative colitis, a type of inflammatory bowel disease (“IBD”) marked by swelling, inflammation and the development of open sores on the lining of the large intestine, had perforated my colon to the point of disintegration, something, I was told, only happened in less than ten percent of all colitis patients, and rarely so quickly – I was diagnosed just three weeks before. My body was becoming septic as bile and bacteria were released inside of me, my kidneys and liver were deteriorating, my pulse was racing and my blood pressure was dropping dangerously low. I had already lost fifty pounds, nearly a quarter of my weight, while the doctors tried in vain to stave off this illness with medication that proved ineffective. That was the day when I was rushed into an empty operating room late at night, as a surgical team scrambled to come together, to have my colon removed and replaced with an ileostomy – a piece of my small intestine brought out through a hole cut into my abdominal wall for the elimination of waste. That was the day when everything changed for me, when my once strong and resilient body – I was a marathon runner, a triathlete, an athlete – became broken and beaten during the first of three such “car wrecks,” which was my surgeon’s metaphor for the series of grueling operations I would endure in less than nine months, and I began the long and arduous journey over the next year to return to normal, at least as normal as I could hope to be.

I kept a journal to help me cope with my abrupt decline from someone seemingly fit to someone profoundly sick and on the unimaginable brink of dying. I worked and pushed myself to become well again, facing this life-threatening challenge the way I had faced any other challenge – with my faith, which was tested over and over; the support of my friends and family, and, in particular, my loving and devoted wife, Christine, who was everything to me, from nurse to number one fan, encouraging me as she had done on Heartbreak Hill during the Boston Marathon the day before I proposed to her nearly seven years earlier; and by calling upon my prior experiences overcoming the pain and agony of the many endurance races I had completed where I would tell my mind to force my body to keep going, to never quit, whatever it took. As I lied in a hospital bed, or later, when I was “better” while staring up at the stucco ceiling of our house in a lift-chair we rented from a medical supply store, I reflected on some of those races – bobbing uncontrollably in the frigid waters of the San Francisco Bay as I panicked to get my bearings at the start of the Escape From Alcatraz Triathlon; disappearing into a coordinated, chaotic mass of some forty thousand runners during the Chicago Marathon; training determinedly for my first half marathon after having blown out my knee and being told by an orthopedist that I was just not cut out to be a runner – all of which seemed to parallel what I was going through at a particular point in my ordeal. This gave me perspective and enabled me to appreciate every victory, no matter how small, in my convalescence.

According to the Crohn’s & Colitis Foundation, approximately 1.6 million Americans suffer from ulcerative colitis or some other form of IBD. Yet when I was sick, and during my rehab and recovery trying to come to terms with being a forty-four-year-old previously healthy person with an ostomy pouch and a body that no longer did what it once could – I had to start with the basics, even relearning how to walk because my feet and ankles, which had never failed me, had become virtually immovable, grotesquely swollen with forty pounds of fluid from the edema brought on by the damage to my kidneys, and the surgery had devastated my core and left me with a gaping belly wound that the doctors had left to heal from the inside out due to the constant threat of infection – there were moments when I felt very much alone.

As I have now thankfully returned to good health, and to endurance races, and am able to reflect upon this period of my life – which I once considered my “lost year” but have since come to realize was really just the opposite, as I gained much, in terms of faith, and strength, and perseverance – I owe quite a lot to my support team, and to those, like Christine, who was diagnosed with colitis shortly after we were married and has generally remained in remission with a regimen of medicine and treatments, and “Coach” Marc, for their continued efforts to fundraise and to increase awareness and to lend support however they can to combat this unrelenting illness. Through their constant, concerted actions, and the strides and advances made by the medical community, I am hopeful that one day a cure will be discovered.